What games did I play in 2014? I don’t really try to track all the different games I play, mostly just to enjoy them while I’m playing them. Still, it’s interesting to think about what all I’ve played recently. Here are the games that I remember playing over the past year: 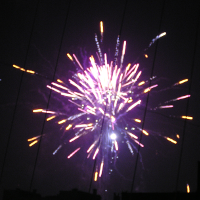 I’m sure that I’m forgetting other games, but those are the highlights. Or the ones I remember, at least.

None of this, of course, is to imply that anyone has to play lots of different systems. If you like one game and stick to it, more power to you! And I certainly would never say that play is the only way to enjoy a game — reading an RPG is just as valid as playing it. Still, it’s interesting to think about what exactly I’ve been playing this past year.

And hopefully I can say this without bragging: This continues to be the most bountiful time for gaming in my life. I’m having more varied, more amazing, just plain more gaming experiences than I’ve ever had before. That’s a very nice thing.