↓
Home Menu ↓
Skip to primary content
Skip to secondary content
Home→Gaming→Con of the North 2015, part 2: The Dooms that Came to Chaegrae 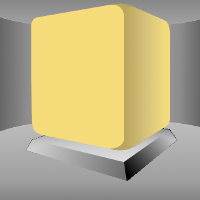 After Heirs was my first game to GM: The Dooms that Came to Chaegrae.

This game was an experiment in high-powered Blade & Crown. Each character had Traits rated 4, 3, 2 and 1 — considerably higher than the defaults. I explained carefully (while hopefully not taking too long) what the different Trait ratings were capable of, and even made little stand-up table tents with descriptions of what the different ratings are narratively capable of. The players still mostly used their Traits for dice, rather than narratively, and I still saw a lot of beads left on the table by the end of the session. But nowhere close to all the beads, and there had been some exchanges in the form of negative uses of Traits, so overall I think the Trait economy was moderately healthy.

One player had gotten B&C through the Bundle of Holding. Neato! It was cool to meet someone who’d bought it that way.

With the usual rules explanations and setting description, then the additional high-powered aspect, it took about 45 minutes before there were meaningful player decisions. That is too long by my book — my standard is no more than 30 minutes before players are making meaningful decisions. But I think the experimental nature of the game justified the time.

I made the PCs all member of an adventuring company, the Company of the Kraken, named so for a giant beastie they’d all dispatched. I had the players describe ways they’d contributed to besting the monster. This was partly inspired by games like Spirit of the Century, where part of character generation is describing how your characters have saved each other in the past. Describing their contributions to the fight helped build a bit of cohesion among a group who were supposed to have been adventuring together for years.

Their defeat of the Kraken meant they should have trophies from the fight, so I created ‘item cards’ with four different prizes: a Kraken’s beak, ink, etc. Only four — less than the number of players. This was deliberate. The ones who selflessly didn’t take a prize ended up getting Composure bonuses instead. Unfortunately, the Kraken prizes didn’t end up getting used much. I think only one of the four actually saw action. But I think they helped build a sense of immersion and possibility, at least.

Actually, it feels like I could create a mini-game around these objects — some kind of story game where the players describe how they contributed to defeating the Kraken. Hmm, maybe a project for another time.

I won’t say too much about the actual scenario here, as I may run it again (perhaps at WisCon?). But I will say that it involved venturing into an ancient tomb and exploring secrets of Morensian history that I’ve never revealed publicly before. Some of the set-pieces seem to have stumped the players — there were some moments of awkward silence in there. But they figured them out all the same, sometimes using a Trait as a way of getting inspiration (one of the major narrative uses that the Traits saw). John, who played in the game, described it as “a trip”. There were equal parts mystery and danger, combat and negotiation.

One of the biggest themes of the game was that the characters were larger than life, with preordained fates. They all knew how they were going to die, so they were unafraid of things unrelated to their ‘dooms’. And I warned/coaxed them that it was entirely possible their characters would meet their fates through the course of the game. The players got to use this to good mechanical effect, and I think it helped as a guide to roleplaying, too.

In the end, three of the characters met their fates. None were violent ends, though they may have been bittersweet. And though their fates were preordained, they had broad choice in what exactly that meant for their characters. This was as it should be. I think it made the game as poetic and dramatic as I had hoped.

I think all the characters got to contribute something meaningful. I didn’t track this as closely as I would’ve liked, but there were lots of compliments at the end of the game and everyone certainly seemed to have enjoyed themselves.

The game was set for five players, and I had six pre-gens ready. (I always want everyone to have a choice as to characters.) But six people showed up, and in the end, I allowed everyone. The last player was a friend I hadn’t seen in about ten years, so I think I had an excuse. And, it turned out, one of the other players, Kailey, is someone I’d met years prior in a totally different context. I knew she was a gamer, but I hadn’t known she was an RPG gamer! I kept marveling through the session at what a small world it is, and then luckily got to play with her again in my next game.

All in all, a good game. I think the players enjoyed themselves, and I know I did.