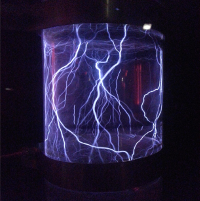 The default for Blade & Crown is definitely on the ‘realistic human’ end of the scale, and that’s as it should be — that’s what I designed it for. But it can work with higher power levels. Traits are critical here.

One nice side effect of Trait ratings in Blade & Crown is that they’re a very direct ‘dial’ with which you can tune the power level of your game. When Traits get higher, the things that players can accomplish in the game get wilder, more amazing and probably more gonzo.

In a default, low-power game, start the characters off with 2, 1, 1, 1 as I describe in the rules. But if you want a higher-power game, you can start with other ratings. I’ve experimented a little with 3, 2, 1, 1 and it’s worked fairly well, albeit with a caveat.

The caveat is that players need to really understand what they can accomplish with those high-level Traits. When running a higher-powered game, it’s probably a necessity to explain, level by level, what the different ratings can actually do, in terms of narrative. (Actually, it might be necessary to explain them anyway, because players often use Traits only in mechanical ways, staying away from narrative uses. I’ve noticed this even with players who are quite experienced in games with player narrative control, so I don’t think it’s just a hesitance to take control of the story. It may just be the very human tendency to cling to what can be quantified. It may also be the difficulty of applying a particular Trait to a particular situation.) Describe this to the players, going through at least the first four rating levels. Then, perhaps, put out a table tent reminding them of what they can use their Traits to accomplish, or add an explanatory note to your GM screen, or start each session with someone recounting a cool thing they did for each Trait rating.

I’ve never tried a game with Trait levels higher than 4. Seems like it could get very high-powered indeed! Might even work as a superhero-level game. I wonder: At this level, would the Traits start to get more narrative use, since they’re less valuable in a mechanical mode? (Less valuable? Yes, because at very high levels, skill + characteristic + Trait all tends towards the same range of die rolls, such that one extra die doesn’t make that big a difference. But one extra level in terms of narrative power can be huge.) It’s certainly an interesting thing to think about.

I have a scenario in mind for Con of the North 2015; high-powered Traits might be a good addition to it. I’ll have to explore this.

Have you ever played B&C with high-rated Traits? I’m curious how it’s worked for you!