↓
Home Menu ↓
Skip to primary content
Skip to secondary content
Home→Gaming→Fictional nonfiction I: What is this genre? 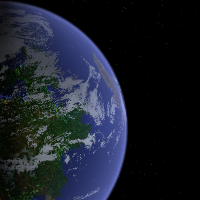 There’s a genre that I love very dearly, and which I’ve already talked about in some places on this blog. Here are some examples of the genre:

These are basically reference works without plot for places that do not exist. They are pure worldbuilding sans plot. They are, as I usually think of it, fictional nonfiction. There are many, many more examples of the genre that I haven’t described.

It’s really quite an amazing genre: full of interesting details, eye-opening vistas, erudite speculation and limitless possibilities. It’s all the more amazing for not having a common name. I usually refer to the genre as fictional nonfiction, but other terms appeal at other times.

Like all genres, it gets fuzzy around the edges. Are David Macaulay‘s books such as Castle and Pyramid, with their minimal characters and scant plots, fictional nonfiction? What about books such as the Dune Encyclopedia or Dictionary of Imaginary Places that describe things found in prose fiction without directly relating the plots? The Hitchhiker’s Guide to the Galaxy might fit, at least if we’re talking about the encyclopedia-like entries rather than the real-world media (radio show, book, movie, etc.). The Encyclopedia Galactica — Adams’, Sagan’s or someone else’s, take your pick — is another strong candidate for this genre, though we only ever see tantalizing snippets. Much of Borges’ work seems to dance along the line between this mostly unnamed genre and standard prose fiction. The Codex Seraphinianus probably fits this category, though with its incomprehensible script (possibly a conlang), it’s hard to tell. Similarly, the Voynich Manuscript may also fit, though until it gets deciphered, we won’t know for sure. Ursula K. LeGuin’s Always Coming Home intermixes a thin plot with anthropology (songs, recipes, myths and more) about a fictional far-future culture of central California. Many computer games, such as Sim City, probably fit in here somewhere.

Nonetheless, I think it’s pretty clear what the characteristics of this genre are: reference materials, whether encyclopedias, atlases, dictionaries, travel guides, cookbooks, hymnals or whatever else, for worlds that do not exist. One of the most important characteristics of this genre is that it is not prose fiction; it isn’t primarily about narrative (unless you use a definition of ‘narrative’ so broad as to be useless). And as I’ve mentioned before, I think that pure worldbuilding with no plot is worthy in and of itself. I think a big part of why this genre doesn’t have a clearer popular definition is that it’s often considered to have less prestige than prose fiction. Hopefully this post will do something to help destroy that misconception.

There are a few other interesting characteristics of fictional nonfiction that I’ve noticed, and I will eventually post more about them on this blog. Yep, it’s yet another multi-part series! Maybe I should just call them ‘themes’ instead…