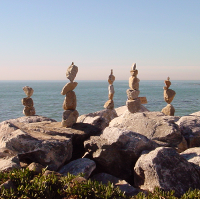 With a mechanically grainy game like Blade & Crown, there can be a very large difference between unskilled and skilled. If you don’t have a skill, you might be able to use just your applicable characteristic, so long as the situation doesn’t require training. If you have skill level 1, suddenly you’ve got your applicable characteristic, and your skill level, and you can attempt trained-only tasks. That’s a big difference.

Normally, it’s not a big deal. I don’t think this has been a significant problem at all in my games. Has it ever been a problem for you?

But still, it’s interesting to think about. A situation where it’s come up in play, for me — not as a problem, but as a sort of curiosity — was where a character had spent a few weeks learning a language. Not enough to get an actual skill level out of it, but enough to express completely rudimentary concepts. If I wanted to deal with this situation, how would I cover it?

As usual, the ultimate rule is “whatever’s dramatically appropriate”. So when this came up in the game, I think we just said that the character was able to express some very simple ideas, but couldn’t say anything complex. Sentences with much more than a verb were off-limits.

Along the lines of surprise as a stance, though, what if we want a mechanical approach? What if it comes down to a skill roll?

An idea I recently had was to allow skills with a level of 0. There’s space on the sheet to write in a skill and then give it a rating of ‘0’, after all.

How would this work? It allows you to use that skill with your native ability — your appropriate characteristic — but you don’t add anything to that. And, I think, this means you can then attempt trained-only tasks. Pretty simple!

I haven’t yet play-tested this variant, but it seems like a potentially useful one. If you use it, let me know how it works for you!