Check out Space Engine. It’s a free (but not open source) program that allows you to fly to and explore a vast array of real and procedurally-generated places in the universe. It’s Windows-native, but seems to run quite happily in an emulator on other OSes. It’s not a game, really; there’s no quest, no goal, no endpoint, save exploring the universe.

Space Engine generates galaxies, globular clusters, nebulae, star systems, planets, moons and a gazillion other things, all pretty much on the fly. It’s easy to take screenshots from within the application, and you’ll want to, because it’s full of jaw-droppingly beautiful vistas. Here are a couple examples, both from putative Earth-like planets within a globular cluster in one of my favorite galaxies: 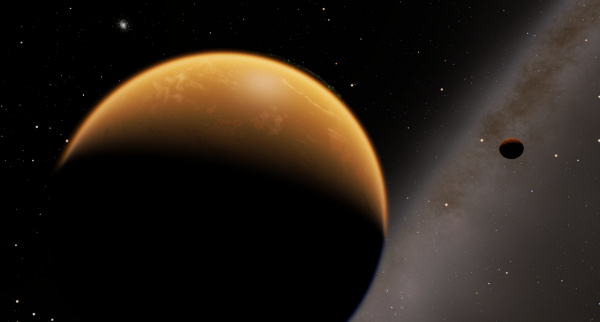 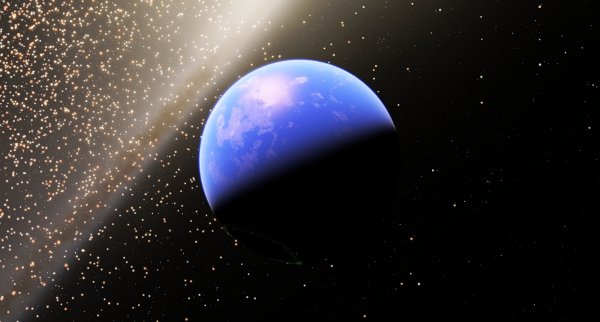 In addition to gawking at all the beauty, you can export surface maps of planets. For gaming purposes, the applications of this are pretty obvious: you could go find a planet that suits your purposes, export the surface, and you’ve got a near-ready-for-gaming-use worldmap. The planets still tend to have that obviously fractal look to them, and I still prefer maps either drawn by hand or based on real clouds.

But they’re certainly pretty. Being able to fly around them and even down to the surface is also quite a feature. Just watch out for the occasional whole-hemisphere super-storm. 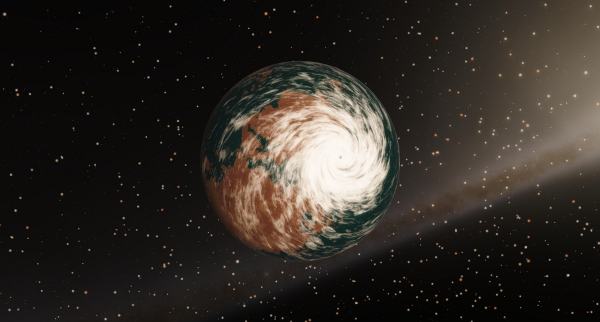 You could also use Space Engine to generate a cluster of worlds for a science fiction game, though it might prove cumbersome to use within a game session. One good use would be just helping you think of original astronomical situations for PCs to encounter. Also, the included 3D star chart viewer isn’t bad; could be handy if you want to know the way from Deneb to Alnitak.