My second item for Dollar Store Dungeons is something I wish I’d found a few years ago: 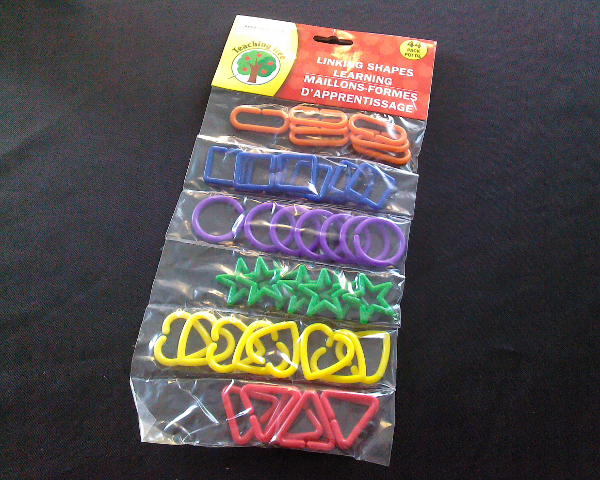 In Blade & Crown combat, your stance (aggressive, evasive, etc.) is pretty important. But it can be hard for the players to remember what stance they, or someone else, declared at the beginning of the round. When combat gets really tactical and every position and stance counts, it can be helpful to have a visual reminder of everyone’s stances. What I wanted is some kind of counter to show what each combatant’s stance is for the round: a stance marker.

Are stance markers necessary? No, it’s entirely practical to play without them. But they give that added visual element and serve as a helpful reminder.

What should such a counter look like? I gave this some thought, and came up my ideal stance marker:

I hunted around for different things that would do the trick. Litko makes lots of different plastic tokens for gaming (and by “lots” I mean “really, seriously, a vast array”). They even make customizable counters. But the font size is apparently fixed, so getting enough useful text onto a B&C stance marker would be impossible. Also, the price ($6.99 per set, which implies about $40 for an entire set of stance markers) is prohibitive for my purposes.

I toyed with using colored paperclips (cheap, but not really big or visually obvious enough), Lego bricks (too expensive to get a large enough group, not really in the colors I wanted), hand-colored wooden discs (too much trouble and hard to make them look regular enough for my tastes), or poker chips (also too much trouble, and not visually distinct enough). None seemed workable.

Later, I found some fish tank beads that have done the trick. They’re fairly cheap and come in a variety of colors. They aren’t quite big enough to serve as off-the-map reminders, but on the map they work pretty well. It’s been hard to find them online, but Amazon sells some, albeit not in the variety of colors I found. I think I ended up paying about $15 to get enough to play with. These fish tank beads have served as my main stance markers for a couple years now. I don’t use them every combat, but when I do, they’re very handy.

All of which brings me to the “linking shapes” I found in the dollar store. How do they match up with my standards? 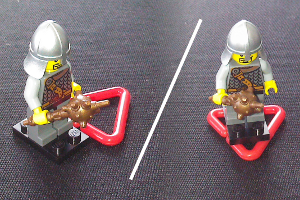 Watch out, it looks like the mercenary sergeant is going Aggressive!

The one thing they don’t have is a place to write combat effects, but that’s okay — they’re still about the best markers I’ve found so far. And did I mention they’re cheap? (Cheap enough that I actually bought two sets, to get a better variety of shapes.)

Now, to decide if I should put them under minis or next to them…