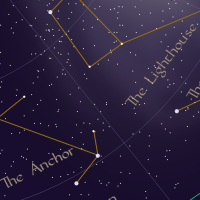 In my last post, I explored some ways in which you can make the astronomical properties of a conworld unusual and interesting. Astronomy can have interesting, evocative, creative effects on play, too. Here are some impacts it can have:

What other uses have you found for interesting astronomy in your games? SF settings almost don’t count, with their unusual astronomical phenomena so frequently found all over the place, but I’m curious about whatever setting you’ve thought of!