Minneapolis is kind of an amazing place. I’ve lived in other towns and been happy to find that there was a gaming scene at all. I’ve lived in places where the nearest FLGS wasn’t very L at all, often being an hour drive or more away. But in Minneapolis, there are so many FLGSs that I literally can’t keep track of them all. Tonight was a case in point. While wandering around looking for a particular restaurant, I discovered that there’s a new FLGS in town: Mead Hall Games & Comics. They’re located at the corner of 15th Street and LaSalle Avenue, near downtown and Eat Street. 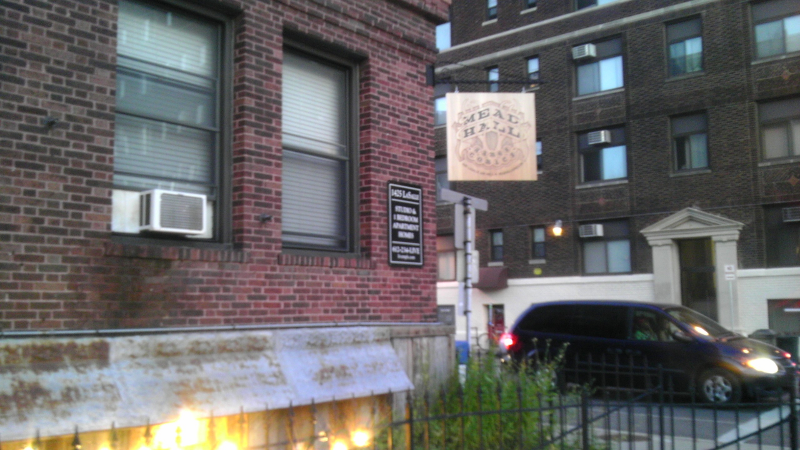 It’s a pretty cozy basement space, with a few dozen games, primarily boardgames, and a rack or two of comics. Their RPG section was one shelf, mostly D&D. But they had a good selection of Magic: the Gathering supplies, including a nifty old-style card cabinet converted into filing for M:tG cards. The place was hopping with Friday Night Magic players — probably a couple dozen. (It’s possible they’d cleared away more games & comics than I saw — I didn’t stick around to chat much.)

I chatted with a couple staff people, and they said they’re in the process of putting in nice wood floors, and that they’ve only been open a year, so there are clearly great things in their future. I bought a pack of D10s — I always try to support FLGSs when I can, especially when I first discover them — and headed off to the restaurant, but not before taking a few photos.

Here are a couple of the staff busy with business. 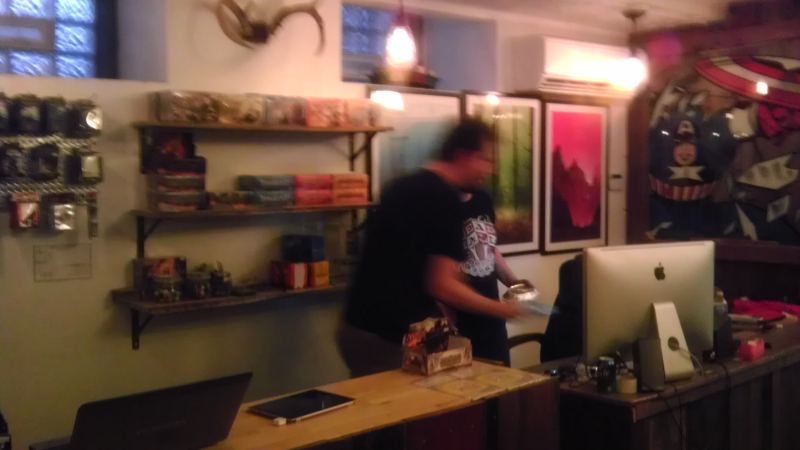 They have outdoor gaming space! How cool is that? 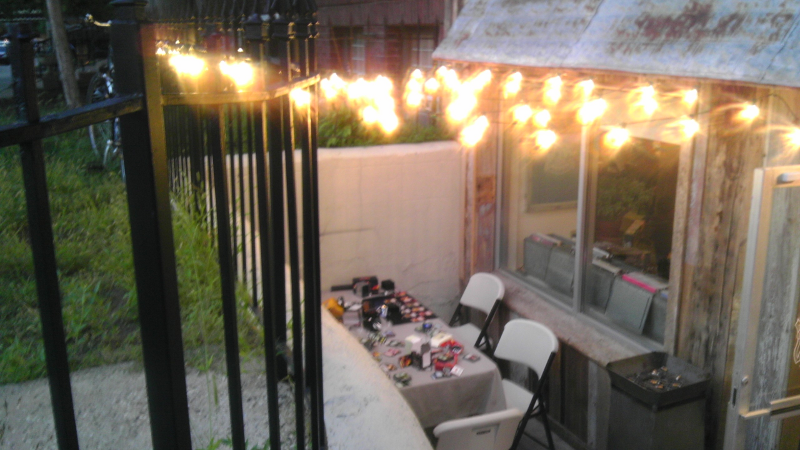 I haven’t done calculations, but I think Mead Hall may now be the closest FLGS to my house. Sometimes I really love the gaming community here!