The way I envision it working is much like the process of doing tasks with haste. If social combat is begun, then the parties involved bid on how much CMP they’re willing to risk, one point at a time. Higher bids will make you more likely to win, but make the penalties for losing higher. Bidding a huge amount can mean serious mental damage if you lose the opposed task. And yes, this advantages characters who have a higher CMP to start with: they can bid higher amounts and not suffer as much damage. Bidding 3 or 4 or higher should be extremely rare.

When one party stops bidding, then both are frozen at whatever they bid. And, of course, you don’t want to bid too much; see the effects of lowered CMP in the chapter on Madness & Morale. 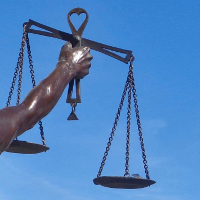 Somehow, the stakes of the social combat should figure in here. I’m not sure how, though. Part of the problem with social combat systems is that just setting the stakes is a winnable game, and one that is very hard to balance well. If one side sets the stakes at “If I win, I have to pay 1 cost less for the wine” and the other sets the stakes at “If I win, you have to give me all your money and everything you own”, then some unbalancing issues are going on. It’s probably best to first have the sides agree to set the stakes in terms of phrasing that could apply to either side, such as “Whoever wins gets the cost of the wine modified by 1 in their favor”. But that can’t always work. Again, social combat can be difficult in RPGs.

Once bidding is complete, both sides roll whatever skill + stat they’re using. This could, as always, vary wildly. Rhetoric is going to be a frequently-used skill here, but many combinations are possible.

What you bid in CMP acts as a positive modifier to your roll. For example, if you bid 2, then you get a +2 to your roll.

Again, this is a system I haven’t particularly playtested, but in principle, at least, it should work well. Let me know how it goes if you try it out.