If I ran an SF RPG these days, it’s very likely I would use the Silhouette rules to do it. The rules were pretty influential on Blade & Crown. I really like the “roll multiple D6, keep the highest, get a bonus for each additional 6, all 1s equals a fumble” — the resemblance to B&C is pretty obvious. I was already experimenting with something similar for B&C when I found Jovian Chronicles, and I like D10s better than D6s for this sort of thing — D6s tend to feel too grainy for me, with not enough distance between success and failure — but otherwise, it’s a very nice system. 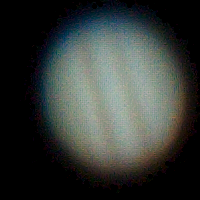 And the main game setting that goes with the rules (preceded them, actually), Jovian Chronicles, is pretty amazing. (I think Jovian Chronicles came before the Silhouette Core rules, actually. Still, I tend to think of the rules before the setting.) Jovian Chronicles is pretty hard SF, set in a future Solar System with no FTL. There are mecha, which makes about as much sense as it ever does; but it’s all very well designed. I can imagine running a game where the PCs are agents of one or another solar system power, or maybe working for an NGO. There are, of course, lots of things I would tweak. I might even need to come up with my own SF setting from scratch. But Jovian Chronicles is very inspiring. It’s a lot of fun to read, and there’s a ton of worldbuilding in there. Also, the amount of detail suggests a wealth of gaming possibilities, well into the “every page of setting gives at least one idea for an adventure, maybe for a whole campaign” range, I’d say.

Interestingly, and I never noticed this before now, Jovian Chronicles is also an alternate future. Its chronology has solar power satellites beginning in the late 90s and fusion power becoming practical in the early 2000s. By the time the game was published, its timeline had already diverged from that of the real world. It’s also a future that sidesteps a lot of the potential future-history singularities we’re facing: corporate artificial intelligence putting all humans out of work; post-scarcity economics; etc. Like a lot of other futures, it’s one crafted to makes sense to people living in the present.

The Bundle of Holding (which Blade & Crown was once featured in) is currently running a Jovian Chronicles bundle where you can get basically the entire game, with all the supplements, for a pretty affordable price. Well worth getting if you can swing that kind of change.