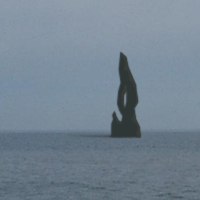 The Compact of Sipich (Middle Western Archipelagan “Holy Stone”) was an agreement that occurred among the leaders of about twelve pirate groups in Yolatra in c. 600 SR.

The Compact outlined that various raiders of Yolatra would not raid each other. It also gave some historical background, mentioning recent wars with Morensia and how the people of Yolatra cannot be their own worst enemies. Finally, it outlined some principles of cooperation, such as that Yolatran fishers should always rescue each other, regardless of their village, and that marriages and adoptions should occur between villages. To this day, Yolatran marriages are sworn “before the Rock of the Compact”.

The agreement was at a holy spire of rock. The exact location is lost to history. The most common belief is that Darturi the Bold ripped the spire off at the root and then threw it far away into the sea. Some people believe that finding and destroying the spire will cause Yolatra to descend into civil war. Others say that if the spire is discovered, Darturi will reappear and protect the unity of the Compact.