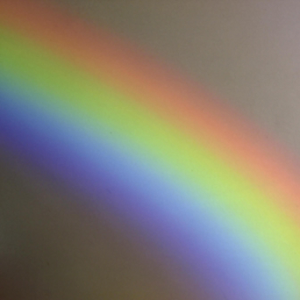 I have gotten the message, at times, that one of my biggest potential selling points for my game(s) is that they’re written by a trans woman. I feel pressure to publicly appeal to that fact in order for them to succeed.

Why don’t I discuss that part of myself more? Well, first, I don’t like discussing it, because I think — I know — that it opens me up to a lot of abuse. Abuse that I get enough of from other aspects of my life, and don’t want to invite more of. Because of many things going on in my life, I try to — I need to — steer clear of those issues. The result is that I am forced to be silent, and to lose opportunities, because safety is a pressing concern.

Second, I don’t like discussing those things because I don’t want my games to need to be about such narrow foci. Those aspects of my identity are important to me, of course, but so are other aspects of myself. I don’t want to be, as Elizabeth Sampat puts it, “professionally female”.

A lot is going on right now in fandom: D&D 5’s active but non-ideal inclusion of gender diversity; the handling of harassment in fandom (WisCon, skeptic circles, San Diego Comic-Con, various online fora and many, many other settings); confronting video game publishers who treat women characters as afterthoughts, at best; and so many other loci of change. (I would like to include background links here, but I honestly don’t think I could come close to summarizing everything that’s going on right now.) We are coming up against a lot of deep-seated, insidious issues in fandom — issues that a lot of us have been experiencing for a very long time, but which haven’t gotten enough airplay until now. I’ve personally put up with a lot of crap that is part and parcel of all of this.

As a result, I feel like I should express where I stand. I’ve been working on an essay about feminism, diversity, exclusion, marketing, identity and other issues. But it’s getting too painful, convoluted and long.

I’d like to see, instead, if I can boil it down to the basics. I’d like to make a brief(er) statement of principles:

Those are my principles, such as they are. That’s what I try to live by and work for these days in fandom.

Hmm, still not all that brief. Well, these issues are complex. Hopefully I’ve said it all clearly enough.