On my way through Duluth yesterday, I stopped at an FLGS I’d heard of: Dungeons End. (No apostrophe.) Seems like the Duluth area has several FLGSs; I think I decided to check this one out more or less at random. 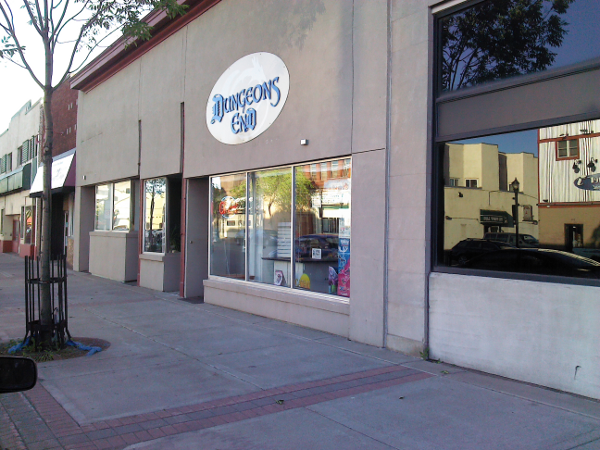 I’m glad I picked Dungeons End, because it seems like quite a good store. They’re doing a lot of things right:

Were there any downsides? Not really. There was someone rather noisily practicing drumming on a drum pad, pretty much the whole time I was in the store, and that was a bit annoying, but it quickly became background noise.

Overall, Dungeons End seems like a pretty great store, one that I would probably make a regular stop if I lived in Duluth.