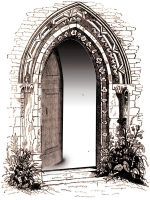 If your group is used to heavily railroaded, GM narration-centric games, it can be tricky to introduce player narrative control. If you’re the GM, you may not be ready to open the doors full-width to player’s getting control of what happens; and if you’re a player, you may not be in practice to take control. Especially with players, I’ve seen this happen; many are used to GM caveat being the rule, and may not ‘get’ how it should work for the players to take control, even in small amount. And it can be tricky, especially, for players to understand how much scope they’re being allowed.

It was a post-apocalyptic game, and they were searching through a survivalist’s burned-out bunker. They discovered and eventually accessed a safe in the floor. It had a bunch of things that weren’t very useful (computer drives, some gold) and a small box. “Inside the box is…” I said, “I don’t know. You tell me.”

This kind of threw them for a loop; this is where my suspicions were confirmed that they hadn’t had much experience with narrative control. After their eyes had gone back to normal size, they went into discussion mode — as this group does too often — and talked back and forth about what it should be. They discussed too much, it’s true (it took many minutes before they reached a decision), but they also came up with some very good ideas. And if I’d worried that they were going to go totally power mad, they completely didn’t. In fact, as they discussed things, they put far more of a damper on the possibilities than I ever would’ve; they vetoed each other’s suggestions as unrealistic or outlandish, even when I probably wouldn’t have. (This group tends to downplay their own abilities, sometimes to a frustrating degree.) In the end, I let the player whose character opened the box have final say. He decided it contained a remote key fob with several buttons, and decided not to say what it was a key fob to.

Not at all outlandish, even perhaps somewhat bland; but it fit with the milieu, it’s true, and the open-ended nature of the find (what was it a key for?) gave me, as GM, some good options and ideas as well. It finally turned out to be the keys to a speedboat that they needed for a fast getaway.

I tried this a few times over the course of the campaign, giving adventurous players the decision of what a bag contained, or what an NPC told them, or whatever else. I don’t think it taught them how to use narrative control perfectly — even now, players in that group tend not to think in terms of taking control of the narrative themselves, even when they’re playing games that explicitly allow it. I’ve had to remind them fairly often just how much they can use Traits for in Blade & Crown, for example. Maybe my GMing style has trained them to rely too much on GM caveat, or maybe they’re just used to GMs who habitually rebuff players’ suggestions. But I like to think that they’re a bit more open to player narrative control now, having seen some of the ways in which it can enhance the game. And it certainly enhanced that campaign.

If you’re considering small ways to begin introducing player narrative control, you could do worse than asking the players to decide what happens when they put on that ring, or what the weather is like today, or how the innkeeper reacts to their adventurous tales. It can be a good way to open the door to a wider universe of possibilities.