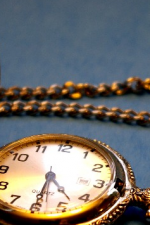 Ah! No time to write!

Sometimes, life just gets the better of you: the regular GM can’t make it, or they haven’t had time to prepare, or half the players are sick, or you need something between campaigns, or you just don’t have the brainpower for a full-on game. When that happens, it can be good to have a stop-gap/single-session game to play. Because gamers seem to be getting busier, there are more and more games out there to fill these gaps. Here are some that my group has played:

There are a few that we haven’t gotten around to playing yet: