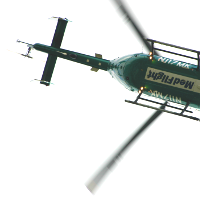 Cyberpunk 2020 introduced me to the concept of the medical campaign, where the PCs are medics. They probably all share an ambulance, and go around saving people from disease and injury and whatnot.

For some reason, this always struck me as kind of boring. How many times can you slap on a bandage before it starts to feel old?

I had a passing thought during today’s Blade & Crown game, though: My current campaign is, in some ways, a medical game. The PCs have set themselves the mission of saving various people — common folk, sometimes powerful nobles, sometimes other — in a time when things are starting to fall apart.

And it’s really been quite fun. Some of the best sessions have emerged out of goals the players set completely for themselves, out of a desire to heal someone. In order to bring an important NPC back to their senses, the PCs went on a dangerous mission into an eery magical grove and performed a quite beautiful ritual to defeat ancient forces. This could be framed as fighting a nasty beastie, but a better metaphor would be fighting a sort of spiritual sickness that was plaguing the NPC.

When the world is falling apart, healing can be exciting, dangerous, hugely meaningful, and very rewarding.