The weekly group continues to play Ryuutama. We’re getting more familiar with the system, albeit not fully learning it. (There are enough technicalities and exceptions in the rules that we continue needing to check the book on a pretty frequent basis.) It continues to bring us some nice, sometimes cute, sometimes dangerous, often almost quaint, adventures.

The past couple sessions, we’ve used the settlement creation rules to great effect. I’ve GMed, but due to various busy-ness, I haven’t had much time at all to prepare. With a little inspiration from real life, and some vague ideas for conflict from me, the players came up with some great ideas for the settlements that meshed very neatly with what little I had planned. The result has been several tidy little adventures. 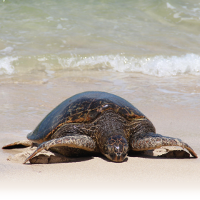 Last week, the PCs found a seaside settlement of people who made their tenuous livings gleaning flotsam and jetsam that had washed up on the beach. They had enshrined a giant sea turtle in a stone-walled catchment pond, and none the adults of the community spoke, following the Sea Master who hadn’t used her voice in years. To make matters worse, the tide was steadily rising and becoming less predictable. The PCs figured out the link between the tide, the Sea Master and the turtle, resolving the problem with some nice tension but no violence.

Last Thursday’s session involved tracing a river up its course, then walking through a long cliff-side tunnel to a village located in a sinkhole. Again, the settlement creation rules were very helpful. We came up with a village that subsists on mushrooms, inconsistently lit by poorly-maintained phosphorescent fungi, threatened by haunting echoes and giant bats. They once had flourishing mines, but now the village has fallen on hard times and regards the obsidian artifacts of the past as cursed.

The session ended up with a confrontation with one of the giant bats. This mini-adventure isn’t finished yet, but we should be able to finish it next session. I have a pretty good idea what will resolve the threats to the village, and it has again meshed very nicely with the players’ contributions to the Town Creation procedure. I wouldn’t be surprised if the solution the players work out is precisely what I have in mind, without any push from me. That’s certainly what happened last week. Perhaps we’re just lucky to be operating on the same wavelength, or perhaps we’re tapping into irresistible deep archetypes. Whatever the case is, Ryuutama has continued inspiring us to create some very flavorful, nicely-shaped, collectively-crafted little stories.