As part of designing Blade & Crown, I was naturally curious how the dice mechanic works. Do large numbers of dice make characters succeed all the time? What’s the difference between rolling one die and rolling three? With the help of my friend Matt, I worked up some very useful charts detailing the dice probabilities for Blade & Crown. Pre-press versions of Blade & Crown included this information in an appendix.

I decided to remove them from the version I actually published — seemed a like a bit too much to include in the actual book. But some folks reading this might be curious what the dice probabilities for the dice in Blade & Crown are. Here, then, are those charts.

First is the chance of getting a given number, based on the number of dice:

Sorry the type is so tiny — that’s as readable as I could make it while still fitting. Here’s the same information as a graph: 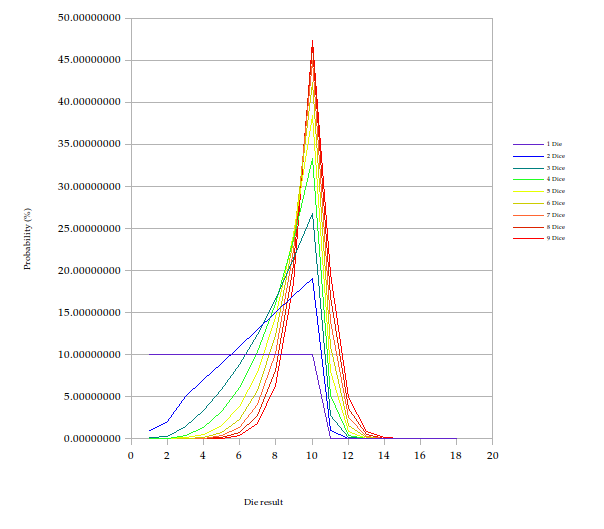 This chart shows the percent chance of succeeding against any particular number: 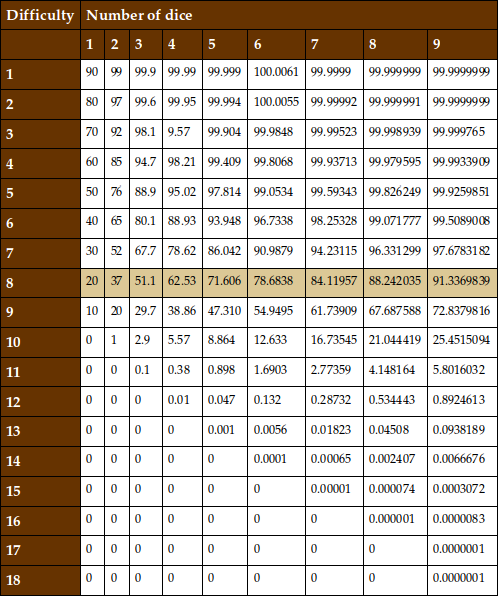