Rush hour messed with my schedule in getting to the con. It ended up being kinda dicey whether I’d get to my first game on time. I got annoyed with the parking — I thought this new hotel was supposed to have more parking than the last one! — but eventually found a place, then breezed through registration and got to my first game with about a minute to spare. And it was a game that I was running!

But it’s also a game that’s super-easy to prep for: Og. My prep time consisted of thinking of a vague plot earlier in the afternoon, plus photocopying character sheets. The vague plot I came up with was “a thing like an ankylosaur decides to sit in front of their cave. It’s hungry, and could be friendly, but it also has a big mace-like tail.” 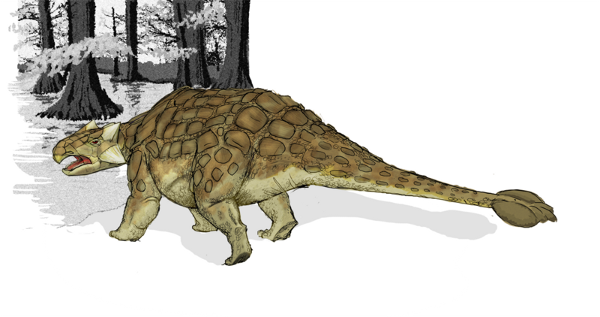 We did character generation, which took about fifteen minutes (usual for Og — have I mentioned that it’s easy to run?). The players got into the system pretty quickly — they understood how the vocabulary limits are supposed to work and embraced it with gusto.

And then we were playing. They figured out that the big thing blocking the entrance to their cave was a huge ankylosaur-like beastie. (One player later asked me what exactly it was — a mammal, or what? I replied “I have no idea!” And Og works better like that.) There was a great deal of stick-throwing, rock-throwing and near-wordless debate about what to do with the giant beast. It ended with one character riding the creature into some woods and apparently domesticating it.

Overall, it was lots of goofy, silly fun. The players all seemed to have enjoyed themselves. One player said I’d given him new ideas on how to run Og. (Should’ve asked what specifically he was thinking of, but didn’t think to.) Another player — the one who eventually domesticated the beastie — showed me a piece of art she did to illustrate her character’s accomplishment, and said it’d be okay if I posted it here. 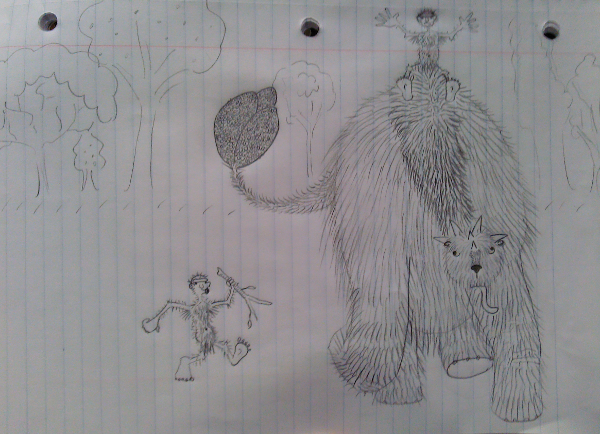 So overall, a great first session to start the con with, even with me almost running late.