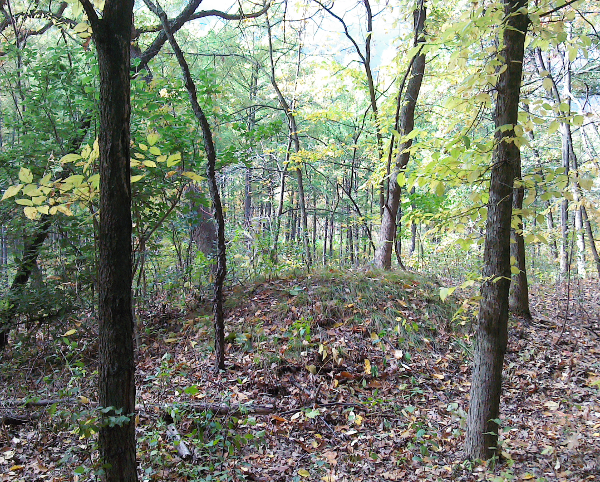 The adventurers come across an uncanny mound in the forest. It sits next to the barely-worn deer path. Its shape suggests an artificial origin, but it has no stones or other markers nearby. It sits on higher ground, overlooking a swamp or bog below. The bog occasionally bubbles or shivers.

Inspired rather heavily by a recent visit to the amazing Quaking Bog.