While I was at the Source to see B&C on the spinner racks, I got a set of the new Fate dice. The Core set, specifically, with translucent green, blue and purple dice. You may have noticed that I like purple a lot, and translucent purple is my standard preference in dice. So having a set of Fate dice that match my aesthetics is very nice, and they glow beautifully in sunlight. 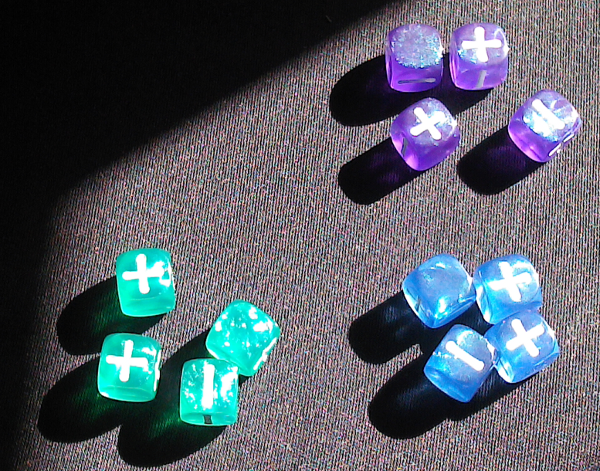 Regardless, they’re very pretty dice, and my enthusiasm for playing Fate is now even higher!