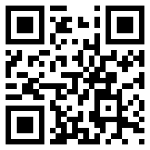 This panel went quite well. In pre-discussion, we created a handout with tons of resources and information, and we also printed up a bunch of copies of the Feminist Gamer Bingo sheet. Yes, a panel with not just one but two handouts!

The discussion ranged far and wide, including important developments in the past year or so, recommendations for games that get it right, video games, tabletop games, the social contract and more. Here were some of the specific points that stuck with me:

All that, plus I managed to sell three copies of Blade & Crown! A great panel.