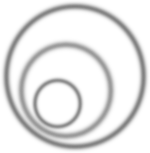 For about as long as I’ve known of its existence, the game Microscope has fascinated me. I love the worldbuilding that it implies, and the collaborative aspect has always been intriguing. So a few weeks ago, I admitted to myself that I should just get a copy and did.

The rules are quite short; the book is only about 80 pages long, and a good chunk of that is theory, reference and a section on how to teach the game. And the rules also seem fairly straightforward on a first read-through, but as I discovered in this week’s game, the game-play can actually be rather intricate.

In structure, it’s a game about setting up broad swathes of fictional history and drilling down into specific eras and events to see how they turned out, and why. It’s much like doing worldbuilding alone, with the addition that other people’s ideas will often make it richer, in surprising ways.

As the game reiterates fairly often, when it’s your turn to create history, you have nearly absolute narrative control. If you want to destroy something that someone else has created, you can; in fact, there’s a section of the rules called “Nuking Atlantis” that describes how to do it. There are two wrinkles: one, you can’t change the canon already established; and two, players are free to move the Focus around in the history. If someone else has created something that bugs you, you can describe how it is wiped off the map, and what you describe has then happened — but the other player can then go to other eras where it still existed, or where it was recreated. The game is really a marvelous toolkit for worldbuilding.

Also, having near-absolute narrative control means that collaboration in the moment is mostly forbidden. You really shouldn’t give others ideas on what to have happen, and they shouldn’t ask for advice. It goes against a lot of the gaming I’ve done over the past few years, with everyone working together in near-simultaneous mode to make everything more fun and interesting. But there is collaboration, of course; it just happens on a larger scale, with players exploring and expanding aspects of other people’s ideas. I like how this works, because you end up seeing aspects of history that others wouldn’t have thought to explore, and they end up expanding aspects of things you’ve created in equally unexpected ways.

Next time, I’ll post an actual play report from our first session.