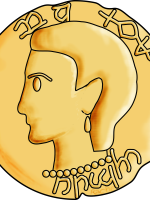 Fairly often, people will complain that RPGs are getting more expensive. That it’s impossible to keep up. That we can no longer afford this hobby.

But then, there are hobbies that are much more expensive. I’m also into astronomy, and while it’s possible to do a lot with just your naked eyes and free star charts, doing much serious observing quickly requires hundreds of dollars’ expense at a minimum. Want to do really nice astrophotos? Expect to spend probably at least US$10,000, if not US$100,000.

Costs in RPGs don’t ramp up that quickly, and it’s possible to do a lot without spending anything at all. There are some really terrific, completely free games out there, like Risus, Danger Patrol and Old School Hack. Even if you want to stick with D&D, there are lots of retroclones that are free, such as Labyrinth Lord, Swords & Wizardy and Dark Dungeons. Many of these and other free games can easily be run with materials you already have lying around the house: the dice from that Yahtzee game you’ve never used, scratch paper, your computer that you’d already use, three-ring binders you get for free from work, free internet resources, etc. And of course it’s possible to create our own games for nothing, and to create our own adventures for nothing, just the time invested. It’s possible to spend almost nothing and have hundreds of hours of fun.

Most people know all this, right? So where does the complaining come from? I can see several sources:

What other reasons can you think of?

So I guess I’ve convinced myself (and perhaps you) that there are some really good reasons to complain about the price of RPGs. But it’s still equally possible to enjoy them with nearly no expense.