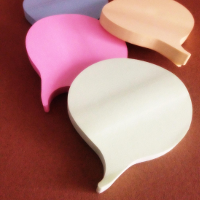 My ongoing Blade & Crown campaign is in the process of integrating a new player or two. This is a game that has a pretty extensive history; as I’ve mentioned before, my campaign notes run something like a hundred single-spaced, tersely-worded pages at this point. As a result, bringing new players up to speed can take a while. Heck, even keeping the long-time players (and, *ahem*, the GM) up to speed can be a bit of a task. As a result, we’ve evolved a bunch of different ways of reminding each other what’s gone on before.

If this list doesn’t make it obvious, I try to avoid straight-up infodumps when I can. I tend to find the GM lecturing the players dulls play pretty quickly. From my experience as both a player and a GM, the longer a GM lecture goes on, the lower player interest goes. I guess I have a pretty strong natural aversion to GM-centricness and railroadiness, so I tend to want the players to be the focus. Ideally, the players should be the ones moving the plot forward and, when necessary, hitting rewind to remind themselves where the plot has already been. Sharing narrative power (whether in creating new stories, or sharing old ones) is a good way to keep everyone equally invested.

What kinds of retelling do you use to remind each other of what’s gone on before? How do you keep it from turning into boring lectures?