Joss Whedon has had a lot of influence on geeky storytelling, I think. Not just with his particular cleverness with dialogue, or in his original (though in their own way trope-laden) characterizations. The way I’m thinking of is in how he finds interesting, genuinely surprising, but yet somehow logical, directions for stories to go.

It’s hard to give a concise example of how he does this with plot, so I’m going to use this famous line of dialogue to illustrate it instead:

My days of taking you seriously are certainly coming to a middle.Mal Reynolds, Firefly

The quotes illustrates nicely how Whedon finds original, surprising, yet logical ways of doing things. The first way this line could’ve gone — the obvious way — would be for Mal to say “…are coming to an end”. That is the standard way that the idiom runs, and you’ve probably heard close variations on it thousands of times. 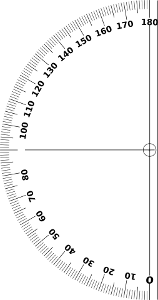 A lot of writers would turn the idiom on its head, in an almost-predictably contradictory way, by having Mal instead say “…are just starting” or perhaps “…are coming to a beginning”. This kind of deliberate 180° contradiction is what I call the second way. For almost any situation, if there’s an obvious way it could go, there’s a directly contradictory way it could go. The PCs are expecting an ambush from the left-hand corridor, so the ambush comes from… the right-side corridor! Ha-hah! The players logically surmised that the monster was susceptible to fire, and the mage prepared Fireball, so it turns out to be a monster that’s immune to fire! Ha-hah!

The problem with the second way is that it often feels somewhat reactionary. The line of thought seems to be, ‘Whatever the players are expecting, give them the exact opposite!’ I think I’ve seen this happen in games, and while it can surprising in its way, it also seems to breed some resentment in the players. If you feel that, whatever you predict, you’ll get the opposite, then it’s easy to feel like your efforts to suss things out are not only wasted, but unfairly turned against you.

This is why it’s important to try instead for a third way. A third way should lie somewhere between the obvious and its exact opposite. It should pretty much make sense, but in a still surprising way.

It’s important that the third way is not something totally wacky or pointlessly bizarre. If Mal had said “…are coming to a very thin, flightless point”, no one would’ve found it clever; we’d have just found it uncomfortably weird or poorly written. (And indeed, many scriptwriters who try to imitate Whedon’s style end up coming off this way). Clever lines, and clever plots, find a way to almost reward the players for speculating on where things are, yet still finding a way to surprise and even delight them.

If the first way is 0° and the second is 180°, then the third way usually lies somewhere in between them on protractor. The ambush comes not from the left or right, but from above (“They’re in the ceiling!”). The monster is susceptible to fire, but only because it is riddled with a disease that relies on making its host die in flames to spread to its next host.

Of course, the trick with finding a third way is that it takes more thought than either the first way or the second. But once you get into practice, you can easily think of alternate, interesting-yet-logical ways of handling most situations. It’s not always easy to come up with third ways, and indeed getting good at it can just lead to falling into wholly different ruts. Nonetheless, aiming for a third way, in my experience, makes gaming richer and more fun for all concerned.