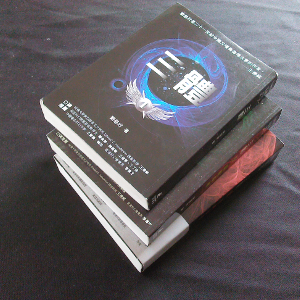 Another of my treasures from that Taiwan trip was the three volumes of 三体 The Three-Body Problem, by 刘慈欣 Liu Cixin. In the small amount of time I had to look, I tried a couple of Mainland import bookstores, but neither had copies of the book, so I got a set in Traditional characters. Yes, my luggage was very heavy on the way back.

I’m very slowly working my way through the eponymously-named volume one. It’s pretty interesting, and gives me a lot of things to think about as I’m reading it. Here are some idle thoughts I’ve had so far:

I’ve actually tried asking Liu Cixin some of these questions, but haven’t gotten a response yet. Things to keep wondering about.