A while ago, I happened past one of those old little stores that’s tucked away in an odd little spot and which seems to sell… something? Nothing? I always find these stores so mysterious. Who’s behind it all? How do they stay in business? Clearly inspiration for an RPG encounter. 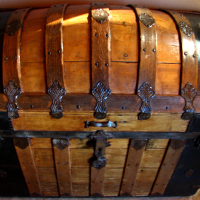