One thing I’ve noticed from using rumors: players never want to treat them as just rumors. Instead, it feels like every scrap of information, no matter how small or large, demands immediate follow-up questions. Players often want to question whoever gave them the rumor for further information. That’s reasonable, really. If someone mentions to you in passing that they heard there’s going to be an attack on the town tonight, you don’t just wish them a good day and take your leave! 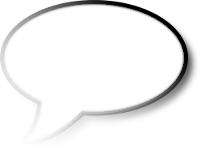 Also, those scraps of information are an example of things that get reified. Whatever gets mentioned in the game is what becomes important for that game, so it’s natural that an important-seeming sliver of information would be something the players would seize on as an opportunity, or at least as worth following up on.

But the thing is, information is often fragmentary. Sometimes, there really isn’t any more to a rumor. Sometimes, there are no leads to follow. Is it possible to make those interesting alleys meet satisfying dead ends? Here are some possibilities:

Some of those, in and of themselves, suggest adventurous possibilities… Even if the rumor can’t be followed up on, maybe the reasons why it can’t be can lead in interesting directions.