Next time you’re in Taibei, Taiwan and looking for a good FLGS, Alchemy Games is the natural place to check out. There are several locations around the city with different strengths. The one on Xinyi is more about M:tG; the Zhongxiao location is stronger in boardgames and RPGs; and I didn’t get to the remaining location in Neihu.

Alchemy on Zhongxiao has lots of TRPG sessions going on; there are apparently at least two campaigns ongoing in the store, one D&D and one Call of Cthulhu.

They also have lots of boardgaming. There are many games on sale there, including Chinese translations of many, and they have a pretty huge library for borrowing. 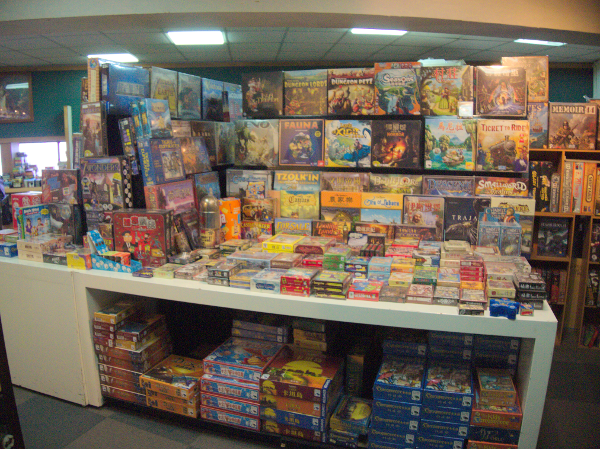 They also have lots of resources available: dice, minis, terrain, pencils… everything you need to play, really. In a city as crowded as Taibei, it can be hard to have space for all the stuff that gaming seems to require, so it’s great that they offer all this. 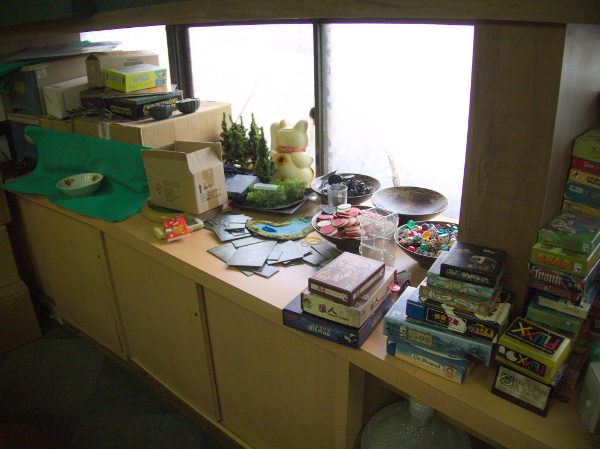 They seem to make their money from selling games, and from space usage fees (which as I recall were very reasonable — something like US$3 for a full night of gaming). They also have drinks and snacks available for purchase.

Alchemy Zhongxiao-Fuxing has a better selection of RPGs on sale than I’ve seen at many US FLGSs: the usual D&D, but also GURPS, CoC, Fate, Legend of the Five Rings, Diaspora and several others. It looks like folks there continue to have pleasantly eclectic tastes. 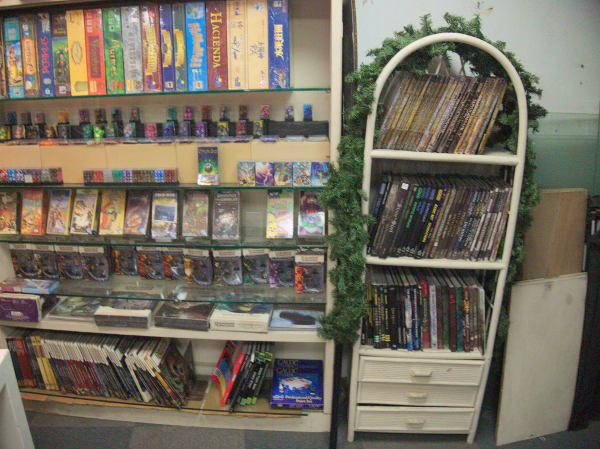 More than a decade ago, I frequented the predecessor to Alchemy, Moku (“Demon Den”). It was then run by Lanti, who continues to run Alchemy. He was one of the first people to playtest Spheres, my SF RPG. Lanti and the group at Moku were largely responsible for the Chinese translation of D&D 3.5, and for continuing the small but strong interest in gaming in Taiwan. This trip to Taibei, I was very pressed for time; I didn’t manage to meet up with Lanti or any of the old crew, but it’s still cool to see that gaming continues to be strong in Taibei, and that Alchemy continues to be a strong part of that community.