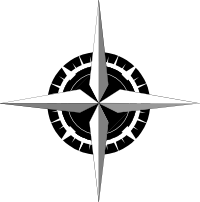 Following Lady Blackbird, I finally met up with Adam of the Side Project Podcast. We’d been trying to get together all con, but the con’s schedule grid — four hour sessions with no transit time — doesn’t allow for much socializing except within games. Once we got together, it was good to chat about our various projects.

Then I wandered around to enjoy the last remnants of the con: some folks tearing down the front desk, others playing CCGs at it, a gathering of players all still engrossed in some long historical boardgame in the main hall, some people carting out trolleys full of supplies. I checked out the Artemis room, sans computer equipment. I also tried to get a little better oriented to the hotel. Then I headed out and home.

A few general observations about this year’s Con of the North:

It was a shortened con for me, but still a great one.