↓
Home Menu ↓
Skip to primary content
Skip to secondary content
Home→Gaming→Convergence 2014, part 2: Gaming When You Have a Life 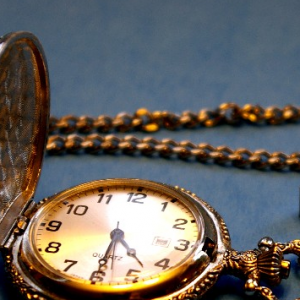 The next, second, and last, panel I was on at Convergence 2014. The topic was pretty similar to last year’s “I’m Getting Too Old to Find Time to Game”, so we were a little worried about repeating territory already trod. But it’s what people wanted to see — some topics deserve repeated visits — so we did our best.

One major aspect that came up several times was the importance of scheduling clearly. The secret, as so often, is to communicate clearly, frequently and honestly. Make sure to set realistic limits for yourself; don’t let your enthusiasm cause you to over-commit and therefore not show up for sessions. Try, when possible, to schedule several months’ sessions in advance. Adopt a policy of not leaving one session before the next is scheduled. Make sure to clarify the social contract about what your group’s policy is for cancellations, scheduling, using cell phones at the table, etc. (Just as one of my fellow panelists mentioned annoying cell phones at the table, my phone loudly announced a new text. The timing couldn’t have been better — or was it worse? Mea culpa, mea maxima culpa! Reminder to self: Silence phone before panels.)

Be honest, too, about what kinds of games you’re in the mood for. Don’t agree to play a game that you’re not going to enjoy and therefore start not showing up for. Don’t ruin others’ fun — intentionally or not — because you’re not having fun. And sometimes, you might feel burnt out. You’re not in a place to run a game, or to play, or whatever. As with so many things, it’s important to know yourself. And then communicate.

We discussed lots of ways of spreading out the burden of GMing. Let a player run a one-shot session or two. Let a player take over GMing of the main campaign for a little bit; it can be very fun to play in your own campaign. Ask that player who’s on their phone all the time to research maps for the city your PCs are in. Run a session of Microscope to help flesh out the history of something in the background of your main campaign. Recharge your creative well by watching a movie or reading a book.

We discussed a lot of tools that can help with running games. Before the session, use tools to help yourself prepare. Create and keep lists: lists of encounters, details, items, NPC quirks, etc. Lists are your friend. Use things like S. John Ross’ Big List of RPG Plots to help you come up adventures. (This was the website I couldn’t find during the panel.) Or use some of the many online random generators to give yourself inspirations for adventures and other things. Use things like Rory’s Story Cubes to help yourself come up with adventure elements.

A general tool is working on your improvisation abilities. I recommended just watching a bunch of Whose Line Is It Anyway? as a low-key, entertaining way to learn improv methods. I was remiss in not mentioning RPG Inspiration Cards to help come up with details during a session. And of course you can just trust your players to help.

Another good approach is campaign & game models that allow for flexibility. There are campaign styles like the West Marches and hex crawls that allow for a modular/flexible approach, where every session can stand alone but there’s a broad continuity. Troupe-style play, where players occasionally switch characters, is another good method, perhaps epitomized in Ars Magica. This often calls for having more PCs available than there are players, which can be fun. Torchbearer and Dresden Files apparently have specific mechanics for dealing with situation when players can’t be present for a session. And it’s possible to just give a character an allergy and say it’s been triggered when the player can’t make it.

Of course there are many, many games designed for single-session play. A few we mentioned are Shock: Social Science Fiction, Technoir, Microscope and Fiasco. (We mentioned many more, but I didn’t get the names down.) And see my list of no- and low-prep games.

We discussed using electronic tools for synchronous or asynchronous play like Skype + Maptool, Google Hangouts + Roll20, IRC or other chat-based play, play-by-post, Storium, and games that are designed specifically for play-by-post, like Callisto. (I get the impression that Callisto is heavily influenced by play-by-post, GMless, diceless RPGs on Livejournal and the like.) And I still think that a Microscope game via wiki would work great.

In passing, we mentioned the perhaps obvious importance of taking breaks. Sitting at a table for four hours is not good. Let everyone get up and stretch their legs every once in a while.

We talked a little, and perhaps not enough, about dealing with distractions at the table. There were the aforementioned ideas for getting electronic devices to be helpful rather than annoying. And we briefly discussed gaming with kids (babies, toddlers, etc.) around. I think Beth was a little disappointed that the panel didn’t get enough into specifics about this, such as what to do when you have a baby in the room. When it’s a dramatic moment and someone suddenly has a diaper emergency, what do you do?

But overall, this panel was much better focused than last year’s, in that it was only about tabletop RPGs. And we dealt with a good number of situations, and gave a lot of ways to deal with them. Also, we didn’t have the long derails into finding players like last year’s did, so it was good on that front, too.

All in all, I think it was a pretty helpful panel.