Here are some common campaign styles for RPGs: 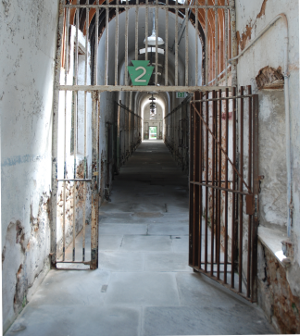 I think this describes the vast majority of games I’ve seen. Notice anything these campaigns all have in common?

It seems to me that a lot of games — probably a majority of them — assume some sort of super-legal, extra-societal status for PCs. In many games, the PCs stand outside the social order — perhaps immune to it, or just ignorant of it. Fiasco comes to mind here, where the characters are assumed to be willing to do horrible things to get what they want, and to then suffer horribly for it. In other games, the PCs may be part of the social order, but they are then usually the ones who help mold and enforce that order. Indeed, games like Dogs in the Vineyard make this completely explicit. (Quis custodiet ipsos custodes? The players do, and that’s all there is to it.) Whatever their position, they are not subservient to the social order.

Am I just arguing that RPGs are a power fantasy? I suppose that’s part of it. But it’s a very particular kind of power fantasy, and I find that interesting.

How many games are there where the PCs are not somehow immune to the social order? It feels like InSpectres gets close. In it, the PCs are assumed to be fairly menial workers in a ghost-busting franchise, neither movers nor shakers in the world. The PCs have some slightly exceptional abilities, but are generally schlubs like anyone else. But it’s not clear how immune the PCs are to the rules of normality, and the one time I’ve played it so far, I would say that tension — how legal/normal do we need to be? — was one of the biggest tensions in the game. Related to InSpectres, the Ghostbusters RPG plays with some of these conventions; the PCs can easily be everyday schlubs who are prone to being arrested for carrying around unlicensed proton accelerators or leaving slime all around. But both these games are comedic; characters’ ability to amuse the players gives them some form of immunity from societal consequences that we real humans don’t enjoy. So even though the games embrace mundanity, the characters still enjoy a form of extra-societal status.

Some games allow the PCs to become mired in social obligations. HârnManor seems one of these. The most common criticism I’ve heard of it is “Who wants to calculate taxes in an RPG?” And that’s a fairly accurate charge, because the supplement really does try to treat all aspects of medieval landholding in a rigorously realistic way, right down to paying taxes. I think that the system encourages characters to go do adventurous things, however, through the obligations imposed on them: if the northern fields are only producing a 44% harvest and that means the peasants are going to starve, then the PCs had better go figure out what’s causing the problem. And the system presumes the PCs will be pretty much at the peak of the local social order, so they’re still deciding the law more than they are subject to it. From what I understand, games like BirthRight do the same thing, enmeshing the PCs in social obligations but simultaneously giving them power to change the world. Heck, I think Braunsteins might fall into this category.

Are there other games where the PCs operate entirely within the social order? There are certainly lots of games where the PCs are not the most powerful entities in the world; really, most games probably fit that description. But I don’t think that’s a sufficiently rigorous definition here. Even when the PCs are relatively mundane, or relatively powerless — think, for example, of Call of Cthulhu — the PCs are still the ones with the power to avert disaster, or to go beyond the bounds of convention.

Are there games where the PCs truly live entirely within the bounds of ‘normal’ human society? The classic cartoon by Will McLean in the 1st edition Dungeon Master’s Guide alludes to this:

It’s a great new fantasy role-playing game. We pretend we’re workers and students in an industrialized and technological society.

Maybe that kind of game would appeal to wizards, clerics and fighters in a typical D&D world, but does it appeal to any of us in the real world? And does it mean that RPGs necessarily include a super-legal element?