A hallmark of modern life is we are all being pulled in different directions at once. We have a constantly increasing number of things competing for our time and brain-space: work (and off-hours work, and looking for work, and overtime, and on-call work, and and and…), managing our households, trying to keep up on world events, reading, friendships, family, social media and an ever-growing list of others. For many of us, I fear, gaming comes near the end of the list. When so many other things compete for our time, and when there are pretty stopgaps that almost hit the same sweet spot, it can be difficult to maintain commitments to RPG gaming.

And yet maintaining that commitment is something I try to do. I’ve said before how special I think RPGs are; they are a unique artform, and a unique entertainment. And RPGs require a lot more commitment than some hobbies to work. Astronomy can work on any given night with favorable weather; if not everyone shows up for your Mythbusters premiere party, the event can still go on; boardgames don’t require a particular group of players to be present. Even MMORPG raids seem, in my experience, to be more flexible than most tabletop RPG sessions.

Increasingly, we’re seeing RPGs designed for less of a time commitment. I think that’s a good thing; it is simply a fact that a lot of us can’t commit as much time anymore to RPGs.

However, I also think we shouldn’t lose sight of the importance of commitment to playing groups. We need, at times, to resist societal pressure to be torn in a million directions; we need to be willing to commit to some things. We gamers, with our leisurely, ‘silly’ pastime, get a tremendous amount of social pressure to do things that are somehow ‘productive’. That’s a bad trend — bad because it eventually leads to all of us being ground to dust under the wheel of productivity, and (in the nearer term) because it deprives us of the opportunity to play these amazingly fun games. 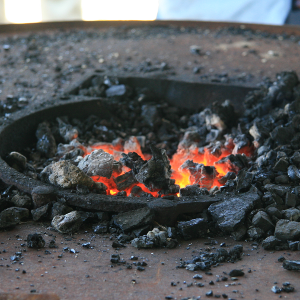 Keeping a commitment can be hard; making rules for oneself can help make it easier, or at least clearer. In my various groups, we’ve forged a few common agreements that seem to have worked well over the years. I thought it might be useful to list some of these rules that that I’ve found to work. These aren’t necessarily all explicit rules, but we’re working on that (and more on this topic later).

First, I’ll give some of the rules for my monthly group:

Rules for my weekly group are basically the same, with a few key differences:

For the most part, the rules work pretty well. With both groups, there have been clarifications in recent years about the whole ‘coming unless we say we’re not’ thing. And other rules have evolved — usually when small crises required it. But what we have now seems to work pretty well.

Being in Minnesota, it’s occasionally been difficult to get these rules to be explicit rather than implicit. Rules that everyone only seems to agree on are not actually very useful; it’s all too easy for misunderstandings to crop up when we are in a “But I thought you meant next Saturday!” mode. And if no one is willing to state objections to de facto rules openly, the social contract can easily start to fall apart. Yet getting past that Minnesota indirectness can be a tooth-gritting experience. It’s taken a lot of intentional work to get the rules as explicit as they are.

But the work that we’ve done has, I think, served us well. I have two different groups that have been meeting for more than five years, which is (knock on wood) quite an accomplishment in gaming circles, especially these days. It’s not an easy feat; it requires purpose of mind, direct but polite communication, and above all commitment.