Seems like gamers are often looking for sources of good, natural-looking landforms for maps. Personally, I tend to just draw maps by hand; I’m pretty good at scribbling, and I’ve spent a lot of time poring over various maps over the years, so coming up with natural-seeming coastlines isn’t too hard. But still, over years I’ve seen a lot of folks express the view that doing it by hand is difficult, for whatever reasons.

Many people turn to fractals. Most high-end raster image editors, like GIMP and Photoshop, include fractal cloud generators and creating a map from that kind of plugin can be very easy. There is a website that will generate whole planet maps via fractals (seed 1111111 gives something that looks remarkably like Almea). And of course most specialized RPG mapping programs, like Campaign Cartographer, Fractal Mapper and others, include some sort of fractal mapping system.

The thing is, though, fractal maps tend to look very… fractal. In my experience, they tend to generate landforms that don’t look like real landforms. Elevations tend to be distributed evenly, meaning that instead of mountain ranges, the whole world is just one big mountain. And coastlines tend to clump and stretch in ways that real coastlines don’t.

So for a long time, I’ve thought there should be a better source of realistic maps for gamers who don’t want to either a) scribble or b) use fractals. Luckily, there’s a source of very realistic fractal-like shapes that we encounter, usually, several times a week: clouds. Not computer-generated fractal clouds, but actual puffy wisps of water vapor in the sky.

Using a camera, an image-editing program and a few minutes of time, I was able to turn this cloud: 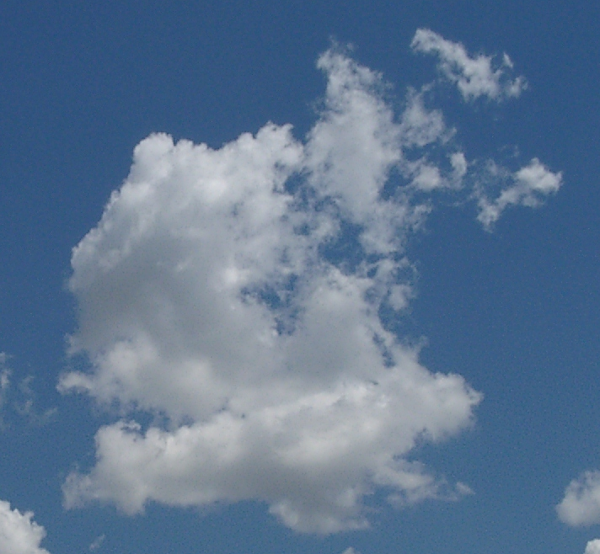 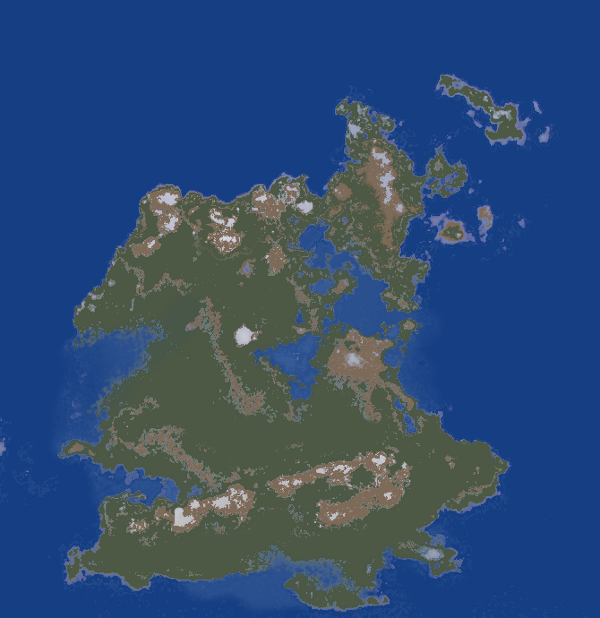 Not perfect by any means, but a pretty good result for only a few minutes’ work. Next post, I’ll discuss how to do it.